A fresh approach to an old idea

he concept of freely offering your personal time and effort in the service of a noble cause is not new. In fact, it has been around for centuries, as the earliest volunteers were doing so for religious purposes. Still today, religion is the largest recipient of donations worldwide. So, the concept of volunteering is very culturally and socially dependent. For instance, surprisingly some global surveys of ‘giving’ (in terms helping a stranger or donating money or time) show that poor countries like Myanmar and Indonesia rank the highest for generous giving behaviour due to these factors. Some Western nations also rank high, for example, New Zealand and the USA. France ranks 67th which show that the concept of ‘giving’, in this global context, offers opportunity for development.

In the last few decades, the concept of volunteering has been changing. The idea to combine volunteering and travel originated in the social revolution of the 60s and 70s, when young travelers were reaching out for new experiences to broaden their horizon. For instance, the original ‘hippie trail‘ to India was born in that era. Understandably, this led to the idea of combining travel with helping people abroad. And so, the concept of the ‘gap year’ grew.

In 1978, a venture called Operation Drake was launched by HRH Prince Charles and Colonel John Blashford-Snell. The aim of this adventure was to combine scientific exploration and community service. In other words, a chance for young people to be inspired to change the world, which evolved into a leading sustainable development organisation.

No longer just for young backpackers, but for all ages

Since those early days, the attraction of seeking new challenges all over the world has grown. Global travel to make new friends and build life-long skills are no longer the domain of a backpackers, but a much wider audience. In fact, a recent survey by booking.com has revealed that the whole travel experience is evolving and 87% of travellers want to travel sustainably. The meaning of sustainability may vary, but the themes of protecting the environment and helping the local communities are universal.

Today there is now a huge and bewildering selection of volunteering and responsible travel choices available. There are big established players such as Global Vision or affiliate websites like goabroad.com and gooverseas.com.  Now the growth comes from many new groups who want to join the trend to combine volunteering and travel, such as the over 50’s or so-called career-breakers, people who want to change the direction of their lives.

So, if you are rea 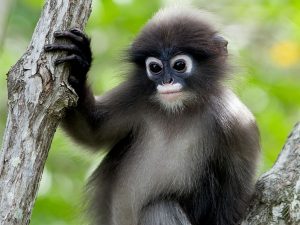 dy to combine volunteering and travel, and enjoy the holiday experience of a lifetime, contact us. We have a new partnership with Malaysian Wildlife