1. The rules of football (Parker’s Piece) 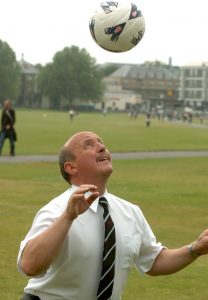 Who would have thought the beautiful game originated in this humble university town?

The earliest record of the game in Cambridgeshire dates all the way back to 1579 but it wasn’t until 1848 that anyone decided to write down a definitive set of rules.

Rather than being held in a handy guidebook the rules cold be found pinned to the trees surrounding Parker’s Piece (the perfect location for a kickabout).

The Cambridge Rules were eventually used to form the first set of Football Association rules in 1863.

Then man, the myth, the legend.

Hollywood came calling in 2015 in the form of The Theory of Everything, immortalising Dr Hawking’s personal battle with motor neuron disease and his impact on how we view the world. 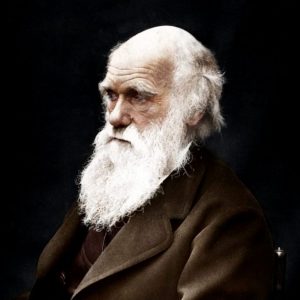 As a student at Christ’s College Darwin was inspired by his professor who set up the city’s botanic garden .

He went on to pen arguably the biggest biological shake-up to date, founding evolutionary biology.

Controversy followed his ‘Origin of Species’ publication, and though he never explicitly said people were descended from apes he is associated with the theory.

Emma Thompson , Hugh Laurie and Stephen Fry are just a few who have donned the stage as part of the Footlights crew.

Who knows what other talents might be still to come from this Cambridge University institution?

Another great invention to thank Cambridge for.

It might not quite have become the next big thing in terms of transport (and we’re still waiting for the hovercar) but it looks like a lot of fun.

This has been a lifeline for many people across the globe struggling to have a family.

Robert Edwards developed the technique in Cambridge , 10 years after he first proved the technique of fertilising an egg outside the womb could work. The first ‘test tube baby’ was born in 1978.

Edwards finally won a Nobel Prize for his work in 2010. 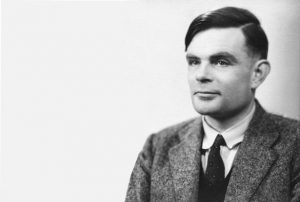 Alan Turing, the incredible Cambridge University mathematician, is credited as the father of computer science and artificial intelligence.

Hollywood came knocking for the incredible story of the Cambridge academic in the form of The Imitation Game. 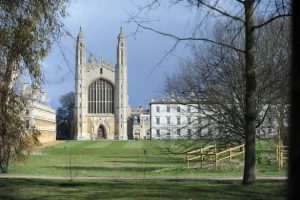 The chapel has become a calling card of the city.

Thousands of tourists descend every year to admire its beauty and architecture.

But its history goes way back to 1446, with the foundation stone was laid on the feast of St James on July 25 by King Henry VI.

It wasn’t completed until 1547, just over a hundred years after the laying of the foundation stone, but is now recognised as one of Europe’s finest, late medieval buildings. 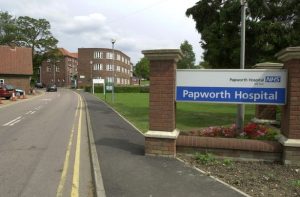 Papworth Hospital has been leading the way in successful transplants for decades.

This man-made aquaduct brought fresh water from Nine Wellls, a local nature reserve near the village of Great Shelford, into the city to improve sanitation.

It was built and paid for in the 17th century and one of its main funders was Thomas Hobson, as in Hobson’s choice.

It is now a Scheduled Ancient Monument.

The cells are so special because they haven’t yet fully developed, meaning they can grow into different cells.

Stem cells are a vital part of research in pioneering medical treatments. 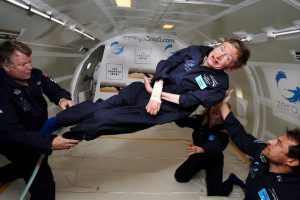 Isaac Newton was another famed scholar that walked the streets of Cambridge as a student.

After a bonk on the head from that infamous apple, it was his Cambridge education that helped him determine the theory of gravity.

Newton’s copy of Principia in 1687 firmly established that the planets revolve around the sun, and that gravity was the force which controlled it all. Its publication laid the foundation of modern physics.

Okay, so this one is a bit of an astronomical debate.

Both John Couch Adams of the Cambridge Observatory and French mathematician Urbain Le Verrier have been credited as finding the exact location of Neptune.

Le Verrier was the one awarded the Copley Medal by the Royal Society in 1846 for pinpointing the location, but we’d like to think that Adams definitely played his part and might even have got there first.

The acclaimed sculptor studied at Trinity College and since then has gone on to create some iconic structures,most notably the Angel of the North in Gateshead, near Newcastle.

Founded by Trinity College in 1970, this is now the oldest Science Park in the UK and still has strong links to the university.

The park is home to an array of companies in the fields of bio-medicine, pharmacy, computer/telecoms, energy and environmental services. 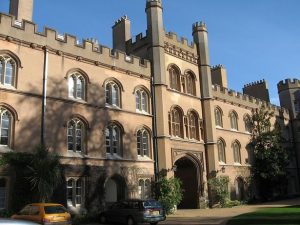 Affiliates of University of Cambridge have received more Nobel Prizes than those of any other institution.

The university racks up 107 in total.

Here’s the breakdown of the Nobel Prizes: 32 in physics; 26 in medicine; 25 in chemistry; 11 in economics; three in literature and two in peace.

The prize winners include 33 that would call Trinity College their almamater. This is the most of any Cambridge college.

Cambridge is full of creativity and over the years has provided the world with some of the best poets.

Among them are John Milton, Sylvia Plath, Lord Tennyson and William Wordsworth. I wandered lonely as a cloud…

18. Discoveries by The Cavendish Laboratory

The Cavendish lab has been the site of some truly incredible discoveries in the realms of physics.

Among them are the discovery of the electron by JJ Thomson and artificial nuclear fission by Ernest Rutherford.

The Cambridge University Press is the oldest publishing house in the world and the second largest university press in the world.

You may have noticed through your university years that they were often part of your referencing.

20. Discovering the hole in the ozone layer 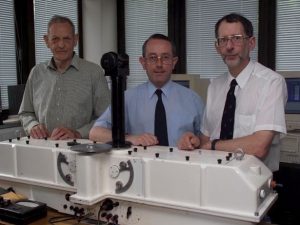 Joe Farman studied at Corpus Christi in Cambridge and went on to join the British Antarctic Survey (BAS) based in Cambridge.

He rose to fame when he alerted the world in 1985 to the man-made hole in the ozone layer that was slowly killing the planet.

Farman, along as his fellow researchers Brian Gardiner and Jon Shanklin, are credited with one of the biggest environmental discoveries of the 20th century.